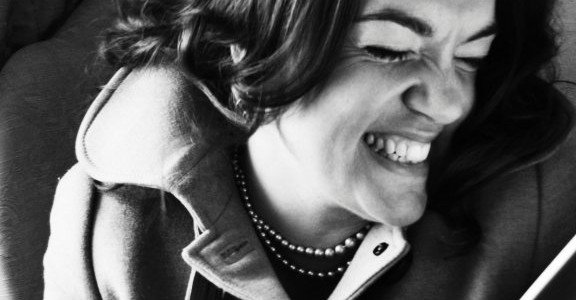 Image by Nancy MacDonald  on location in the Scottish Highlands

END_OF_DOCUMENT_TOKEN_TO_BE_REPLACED

Twenty three shows of Suzuki in Madama Butterfly for Welsh National Opera from Cardiff, to Plymouth, Dubai to Birmingham, we had an amazing tour! #WNOButterfly

Here's that iconic image, whilst the Humming Chorus floats through the... END_OF_DOCUMENT_TOKEN_TO_BE_REPLACED

Together with Stevie Gould, Rebecca getting ready backstage as Flora in WNO McVicar production of La Traviata

END_OF_DOCUMENT_TOKEN_TO_BE_REPLACED

“David Kempster solid as Alfio, though for all-round excellence one must turn to Rebecca Afonwy-Jones’s butter-wouldn’t-melt Lola and Anne-Marie Owens’s fraught Mamma Lucia.”
George Hall, The Stage (May 2016) END_OF_DOCUMENT_TOKEN_TO_BE_REPLACED

Rebecca Afonwy-Jones made much of the tiny role of the Countess Ceprano. She has a ravishingly burnished voice that made her one little song a highlight of the evening.
Neil Jones, Opera Now END_OF_DOCUMENT_TOKEN_TO_BE_REPLACED

Rebecca Afonwy-Jones, who had earlier demonstrated the rich power of her mezzo range, was here full of wide-eyed eroticism in these explorations of love as a novelty full of unexpected delights. (Chansons de Bilitis)

END_OF_DOCUMENT_TOKEN_TO_BE_REPLACED

"Rebecca Afonwy-Jones' Carmen was both dark and manipulative, with enough seductive fruitiness in her voice to sustain complete plausibility"

END_OF_DOCUMENT_TOKEN_TO_BE_REPLACED

We are in the swing of rehearsals for A Kind Man in which Rebecca will be playing Eve, opposite Gerrit Paul Groen as the titular character Tommy Carr, with the premiere fast approaching! Do follow the links below or read more at www.akindman.co.uk

June 7/8/10/12 Jonathan Finney | A KIND MAN | Hoxton Hall, London, N1 6SH Tickets can be purchased here together with further details of the project.
This world premiere performance of an opera based on the Susan Hill novella  “tells the story of a couple, already dealing with the grief of losing a child, who face the prospect of further tragedy. Through a mysterious transformation, the opera leaves us with a message of hope…”

…The performance is as sharp as the updated libretto. Zoe Drummond is suitably flighty and capricious in the first half as Juliana, but more fragile later. Her love duet with Juan, strongly sung by Felix Kemp, is beautifully achieved and something of that glow remains ‘after the event’ in scene 9, while the lovers plan their escape. Rebecca Afonwy-Jones is convincing as the jilted Kerstin, even though robbed of the more critical part Strindberg had allotted her. The Nova Music Opera Ensemble – all eight players – accompany flawlessly, directed by his customary exemplary sensitivity by George Vass. Resonus’ sound is beautifully clear.

“The score is brilliantly written, with a spaciousness and sure sense of timing that encourages Zoe Drummond (Juliana) and Felix Kemp (Juan) to fully vocally and dramatically inhabit their characters; at the same time allowing the equally excellent Rebecca Afonwy-Jones (Kerstin) to rise above the limitations of her witness role, and Nova Music Opera Ensemble to shine under conductor George Vass.”

Ahead of the world premiere of Jonathan Finney’s A Kind Man in June 2022, you can listen to an excerpt here:
Check on Rebecca’s Diary page for the link to ticket sales and information

During lockdown in March 2021, Rebecca was delighted to join her esteemed colleagues at Nova Music Opera to record Juliana with Resonus Classics at SJE Arts, Oxford. Despite the many hurdles, the team had a wonderful time creating a great record of Joseph Phibbs’ and Laurie Slade’s amazing reinterpretation of  the much performed Miss Julie by August Strindberg. Since the project began in 2017, Rebecca has been on board and is delighted to appear in this release today, her third disc with Resonus Classics. Warmest thanks to everyone involved, but particularly to Conductor George Vass and Adam Binks at Resonus.

Details on how to purchase Juliana may be found here

From today, you can hear all about the mounting excitement surrounding Jonathan Finney’s new opera A Kind Man. Dame Susan Hill’s novella has been used as its source material, in which Rebecca will be playing the role of Eve.

Do follow this link www.akindman.co.uk to hear a brand new excerpt and to join the mailing list so you can be a part of our unfolding story prior to the world premiere in London in June 2022.

“Rebecca Afonwy-Jones sang a lush account of ‘Pena tiranna;” her fruity mezzo is the kind of voice that would have been preferred for the alto lead at the beginning of the English Händel renaissance.

Below : Rebecca as Dardano in Act 3 of Handel’s Amadigi for English Touring Opera

Linen Theme by The Theme Foundry